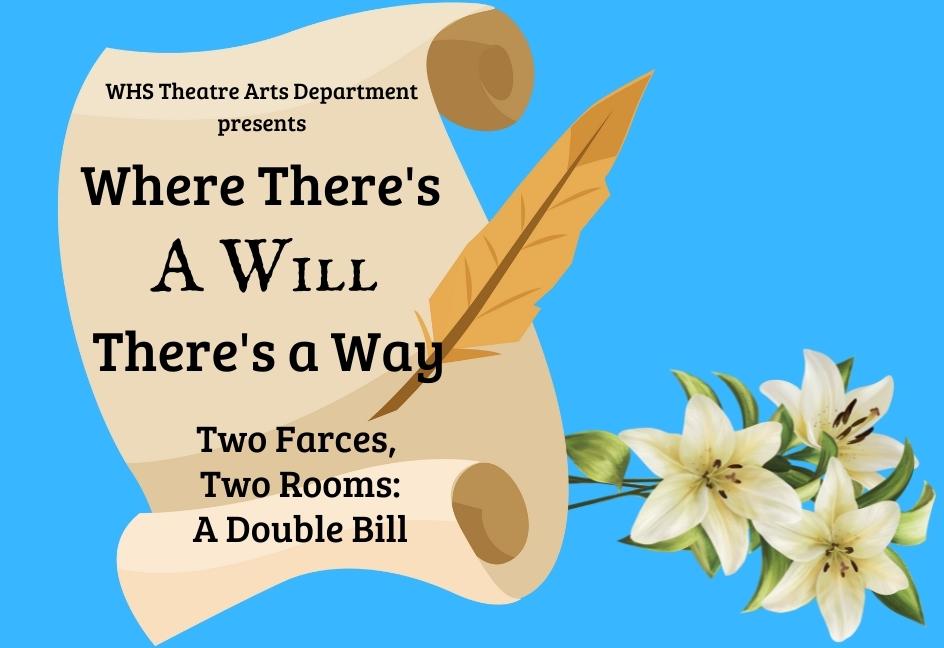 WHS Theatre Arts Dept. presents
“Where There’s a Will, There’s a Way”

Wickenburg High School’s Theatre Arts Department is proud to present the play “Where There’s a Will, There’s a Way.” The evening of entertainment consists of two hilarious one-act plays written by Thomas Hischak that share a set and have a similar cast.

This extremely clever double bill of two farces — “Will’s Grandma” and “Grandma’s Will” – is set in a small American town in 1908. In “Will’s Grandma,” the struggling automobile salesman Will wants to marry the wealthy Daphne Zimmerman, so he invites her family to his home where he has hired the grouchy Mrs. Bannister to pretend to be his rich grandma.  When Mrs. Bannister backs out at the last minute, Will suggests borrowing his neighbor Ariel’s grandma to act the part.  The dinner has barely started when Mrs. Bannister arrives claiming to be Will’s grandma on the other side.  Since the two fake grandmas do not get along, hilarious comedy and hijinks ensue.

In “Grandma’s Will,” the elderly and sickly Eleanor Huddle is taken care of by her high-strung granddaughter, Agnes, whose husband, Duncan, is very anxious to get his hands on Grandma’s money.  When both Eleanor and her struggling, poor cousin Flora both appear to be dead one morning, Agnes and Duncan desperately try to find Grandma’s will, leading to some farcical chaos before the big surprise ending!