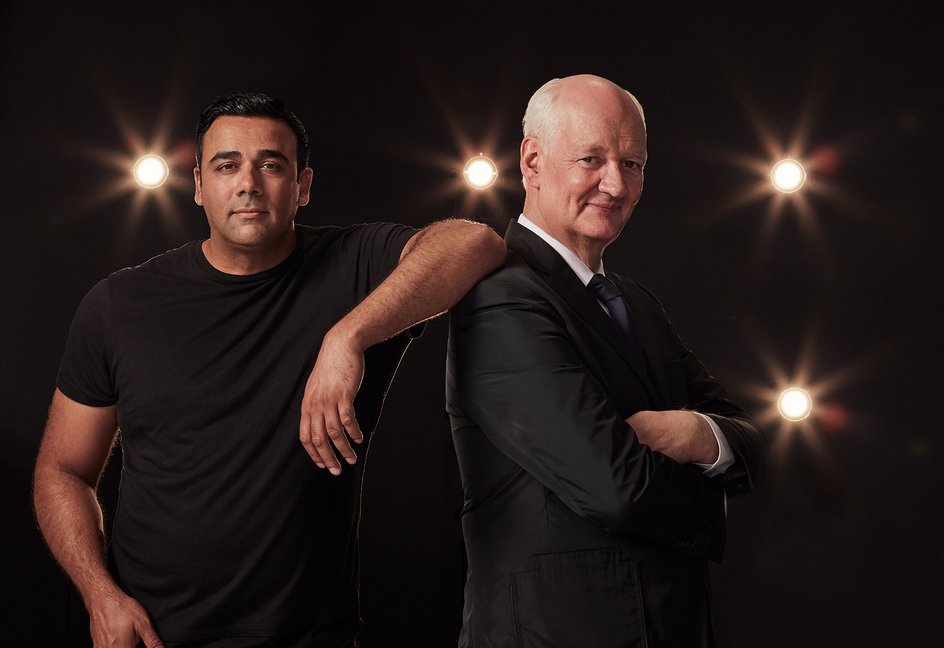 Starring Colin Mochrie (of “Whose Line Is It, Anyway?”) &
Asad Mecci (Master Hypnotist)

The most interactive comedy show in the world!

“The Audience erupted in laughter. It killed”! – The New York Times

HYPROV is coming to you straight from a 70-show run Off-Broadway in New York City!! HYPROV is “hilarious and fascinating” (says Time Out New York) and is “catnip for those who relish spontaneity and informality,” (The Wall Street Journal). The New Yorker exclaims, “say yes to HYPROV!”

The 100-minute live show combines hypnosis and improv – two art forms that have mystified and entertained fans, skeptics and everyone in between worldwide – for a totally unique comedy experience that The Times of London declared “a celebration of the human imagination.”

Your evening begins with Hypnotist Extraordinaire, Asad Mecci welcoming 20 volunteers* on stage to be hypnotized. The most receptive to hypnosis then join Colin Mochrie (Whose Line is it, Anyway?) to improvise the rest of the show, while hypnotized.

In the hands of two experts, and solely crafted from the volunteers’ uninhibited, unconscious minds and audience suggestions, each show is an entirely original and completely unforgettable theatrical experience.

Whether in the audience or on stage performing, get ready to have the time of your life!